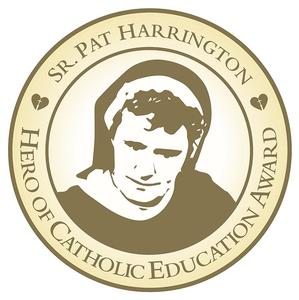 On January 17, Bishop Feehan High School announced that Rev. Brian J. Shanley, O.P. — the President of Providence College in Providence, R.I. — will be recognized as the second recipient of the Sister Patricia M. Harrington, RSM Hero of Catholic Education Award during its annual gala on March 24, 2018.

Fr. Shanley was elected the 12th president of Providence College in 2005 and has overseen a dramatic physical transformation of the Providence campus, while maintaining a focus on mission, faith and serving the underprivileged.

Additionally, PC’s PACT program (the Providence Alliance for Catholic Teachers) continues to thrive under Fr. Shanley’s leadership. The program annually trains dozens of new Catholic school teachers and mentors them as they begin their careers in regional Catholic schools.  Since its inception in 2001, the PACT program has introduced 300 young teachers to the vocation of teaching at Catholic schools.

“Bishop Feehan is privileged to award Fr. Shanley with the Sister Patricia M. Harrington, RSM Hero of Catholic Education Award,” Feehan President Tim Sullivan noted. “Sister Pat dedicated her life to Catholic schools and her students, and Fr. Shanley is doing the same. Certainly, Father’s role as president of a college is very different than Sister’s role as a high school teacher, but their impact and their commitment to educating students within a faith- and mission-focused environment share much in common.”

The Sister Patricia M. Harrington, RSM Hero of Catholic Education Award was established by Bishop Feehan High School in 2017 to honor a champion of Catholic education who makes significant contributions in service of Catholic schools and the Church.  Sister Pat — who passed away in 2015 — was a legendary figure in the Feehan community; her example of faith, love and mercy set a standard at Feehan for nearly 40 years and will be remembered always. Sister Pat herself (posthumously) was the first recipient of the award.

“The Sister Pat award is Feehan’s highest honor,” Sullivan said. “Our honorees each year embody the ideals that have allowed Catholic schools to thrive for decades and decades. Fr. Shanley’s work at Providence College and beyond and Providence College’s deep commitment to Catholic education in general make Father a perfect successor to Sister Pat for the award named in her honor.”